Dropbox: a box without hinges, key, or lid …

For all you tech novices out there, I know things can get a bit confusing with so many apps to choose from. What to pick, where to start? Don’t fret … there is hope! I’m far from being a techy myself — just a curious artsy person, trying to pick out a few morsels from the smorgasbord in cyberspace. In my previous blog post, I discussed the usefulness of Evernote, a cloud-based note taking & clipping service that remembers everything!

In this blog, I’ll talk about another nifty little app for storing photos, docs and videos in a virtual box. So what is this thing called Dropbox?

A box without hinges, key, or lid, yet golden treasure inside is hid. (The Hobbit, J.R.R. Tolkien) 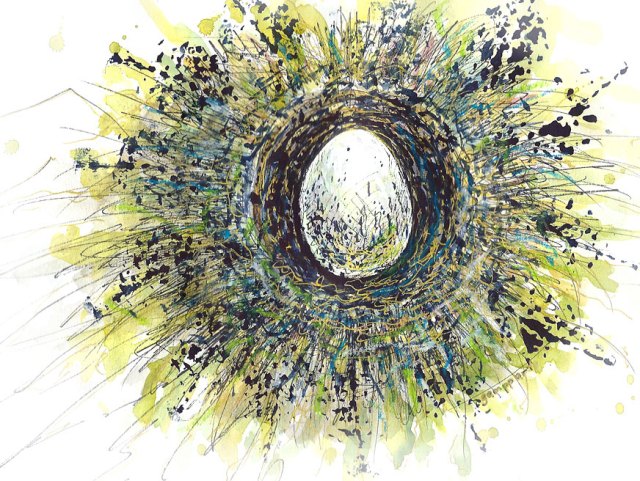 Well, it’s not an egg like in Bilbo’s riddle, but it does contain a treasure: our files! Don’t we all believe our documents and pictures are “PRESCIOUS”? Why else would we save them?

Dropbox and Evernote are similar in many ways: both provide network storage and allow us to keep and share files using file synchronization.

Brat Kelly explains it really well in his blog post, “Evernote and Dropbox: Why I Use (and Love) Both”. The focus of Dropbox is on files, while Evernote deals primarily with text and image content. He provides some examples on how to use both:

In other words, Dropbox is best suited for file storage, while Evernote is ideal for notes, memos, copies of receipts and other little bitty things to keep.

Dropbox has folders for files and photos — these can be shared with anyone, even non-Dropbox users. 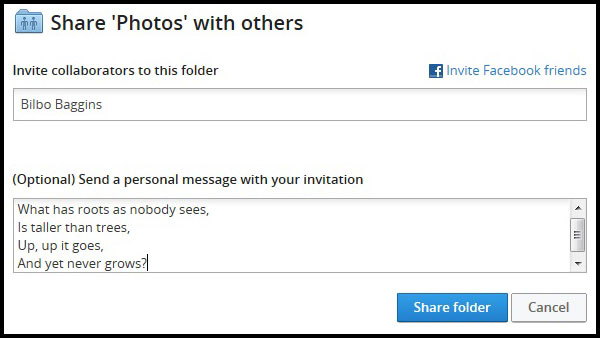 Dropbox is very userfriendly — it actually took me less time to figure out how to use it than Evernote. Places to learn more about both apps:

Bridging the Nerdgap: Evernote and Dropbox: Why I Use (and Love) Both

I'm a Visual Artist, Environmentalist, and Art Educator. My areas of creative expression include acrylic painting, mixed media and mosaic art. I especially like working with broken china, which allows me to use discarded, second-hand materials. I'm fond of textures, colours, and organic forms. Cats and chickens are my muse.
View all posts by gamppart →
This entry was posted in Productivity Tools and tagged clipping service, cloud, dropbox, Evernote, productivity, technology, virtual box. Bookmark the permalink.